Get the answers you need to ditch PMS for good

Mind Body Disconnect and The Pill: How I Regained Control 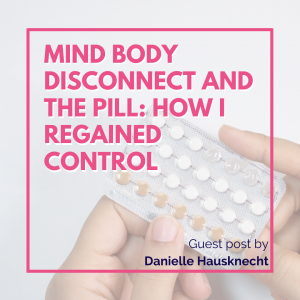 Written by my Fall 2020 Apprenticeship Participant, Danielle Hausknecht. Interested in joining my next Apprenticeship? Sign up for the waitlist here.

I think my journey with my body began the moment I got my first period.

Before then I never really paid much attention. When I think back to being a kid, I remember anytime I felt pain the solution would be to take a pill. If something was wrong, you’d take the thing that makes it go away. That was how things worked.

In my mind it was almost as if the human body was meant to break down. All of these medications existed because the human body was built to have these things happen to it. It never crossed my mind to question what may be causing the issues to begin with.

The truth is, I only really felt connected to my body when it was in pain. At which point I had no idea what to do for it because I had spent most of my life being so disconnected from it. When you’re a kid you don’t think to put the knee pads on before you need the band aid. You think about how uncomfortable and annoying the knee pads are, so you choose to ride the bike without them. The pain is only associated with the moment you fall, at which point you put the band aid on and that makes it better.

I think I had the same mindset around my period. I knew from the beginning that what I was experiencing could not be normal. Unfortunately at that point it had become so ingrained in me to believe it could be fixed by a magic pill that it never crossed my mind to question why none of them were working. There just had to be a medication out there that would help me.

The pill was supposed to be that medication.

For me, it wasn’t. I tried at least ten different birth control pills over the course of nine years and none of them helped. In some ways I think this was maybe a blessing in disguise, because I never got pulled into the illusion of the magic pill that fixed my periods. But this doesn’t mean that those nine years weren’t a rollercoaster of side effects that were continually dismissed by my doctors before they just tried putting me on a different pill.

For many menstruators, the pill lessens their symptoms tremendously. The problem with this is that not only is the pill covering up and potentially worsening the root issue, the pill is actually perpetuating this cycle of disconnection.

We’ve heard the story over and over again.

Someone goes to their doctor complaining of side effects from the pill and they’re told that these side effects are all in their head. The patient is treated as though they’re crazy and told that they’re just imagining things so many times that they actually begin to believe it’s true. Medical gaslighting has worked its magic on them, and they’re finally convinced that this pill they’re taking every day isn’t having an effect on the way that they feel.

In Holly Grigg-Spall’s Sweetening the Pill: Or How We Got Hooked on Hormonal Birth Control, Grigg-Spall brings the “set it and forget it” methods of birth control (such as the IUD or implant) into the conversation. She says, “if health issues appear one year or five years into use, as they sometimes do due to the build up effect and the woman’s changing and aging body, then she is less likely to consider they are caused by a device designed precisely for her to be unconscious of its presence”.1

Hormonal birth control, by design, detaches us from our bodies.

The pill works by shutting down the ovulatory process which is the process responsible for our body’s hormone production.2 Our monthly hormonal fluctuations are what regulate our mood, energy levels and overall essence of who we are.

When these hormonal fluctuations are viewed as a problem instead of being viewed as information, it perpetuates this idea that the solution is to just shut them off. The problem with this is that not only are we missing out on hormones that are vital to our health and wellbeing, but shutting down our cycle is also detaching us from experiencing our hormonal fluctuations and teaching us to actively ignore the signals that our bodies are sending us.

It’s teaching us not to trust ourselves or our understanding of our bodies, and to instead search for solutions outside of ourselves.

Everything changed for me when I decided to go off the pill.

I have now been off of hormonal birth control for five years and in that time I’ve cultivated a new relationship with my body, particularly with my menstrual cycle. I think for a long time my period felt like something I was trying to detach myself from. I viewed it as a problem, something that needed to be controlled but I was never quite able to get control over.

The thing that changed the game for me was when I started educating myself about my cycle. The more I started to understand what was happening in my body every month, the more equipped I was to handle its fluctuations.

Yes, I still have days where the pain and bleeding feel completely unmanageable and overwhelming. Yes, I would be lying if I said that I don’t still fall into old patterns of anger and frustration that I still have to go through this every month. But I’ve learned that the more I relinquish the need to have control the easier it is to listen, and the easier it is to give my body what it needs.

For me, it’s not about having a perfect cycle. It’s about making the commitment to supporting my body and listening to what my symptoms are trying to tell me.

Holly Grigg-Spall, Sweetening the Pill: Or How We Got Hooked on Hormonal Birth Control, Zero Books, 2013

Danielle Hausknecht is a certified health coach and period educator currently based outside of Philadelphia. Through her 1:1 coaching and membership programs, Danielle helps menstruators reconnect with their cycles and understand their bodies on a deeper level so they can balance their hormones naturally and reclaim control of their health. You can learn more about Danielle and her offerings on instagram or through her website. You can connect with Danielle here, or on her Instagram @daniellehausknecht. 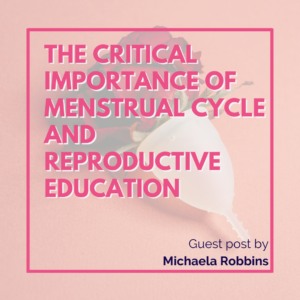 The Critical Importance of Menstrual Cycle and Reproductive Education

Written by my Fall 2020 Apprenticeship Participant, Michaela Robbins. Interested in joining my next Apprenticeship? Sign up for the waitlist here. In fifth grade, all the girls 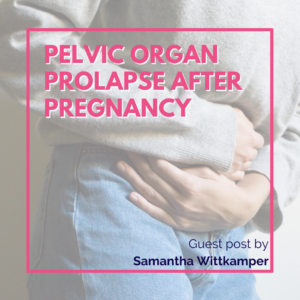 Written by my Fall 2020 Apprenticeship Participant, Samantha Wittkamper. Interested in joining my next Apprenticeship? Sign up for the waitlist here. I was sitting at 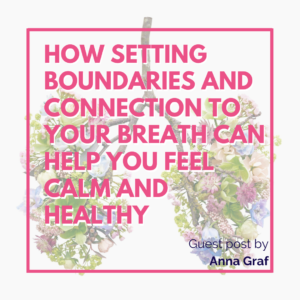 Written by my Fall 2020 Apprenticeship Participant, Anna Graf. Interested in joining my next Apprenticeship? Sign up for the waitlist here. Have you ever felt