Author of fix your period

Nicole’s new book, Fix Your Period, will show you how to work with your body’s built-in healing mechanisms to achieve the results you’re after. You’ll get 6 science-based, easy-to-understand modules that work through important areas of your health to treat the root cause of your period symptoms naturally.

Get everything you need to know
for your body to run at its best. 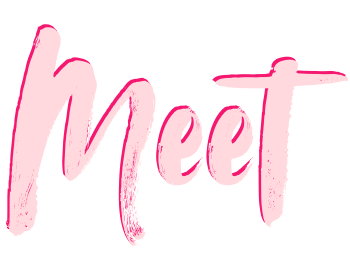 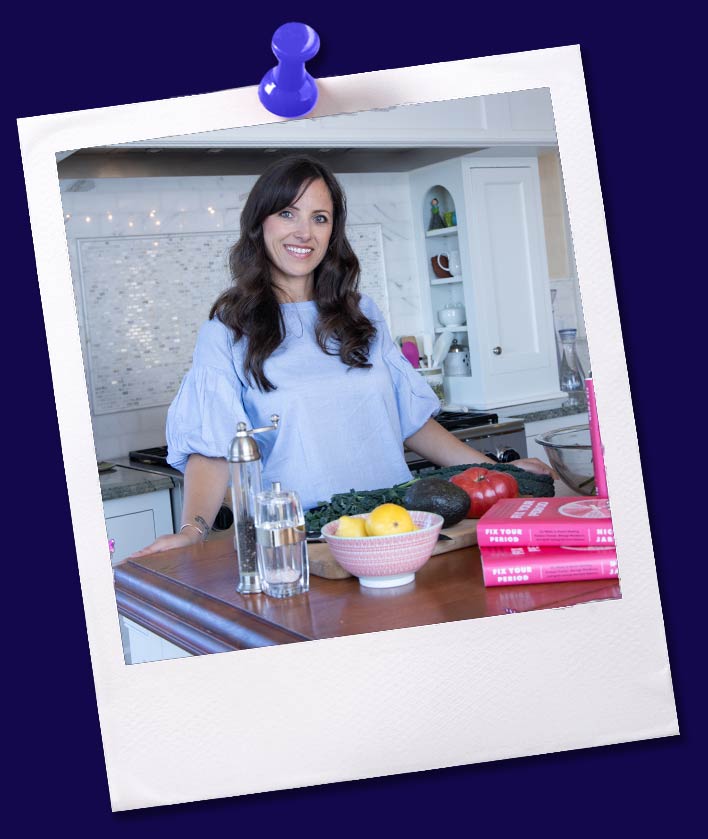 Nicole is a Certified Women’s Health Coach, writer, speaker, mentor, and the creator of Fix Your Period, a series of programs that empower women and menstruators to reclaim their hormone health using a method that combines evidence-based information with simplicity and sass.

Her work has impacted the lives of tens of thousands of people around the world, and as a result, she’s earned the nicknames “Period Girl” and “Professional Period Fixer”.

She has been called on as a women’s health expert for sites such as The Guardian, Well+Good, mindbodygreen, and Healthline. Nicole is also the host of The Period Party, a top-rated podcast on iTunes. 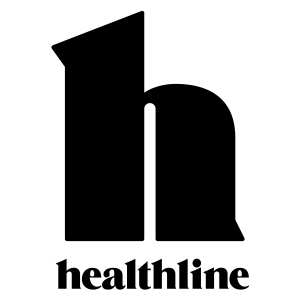 how I got here…

My hormonal health journey started around age 17. Suddenly I wasn’t getting my period regularly anymore. It would make an appearance, oh… every three months or so. And when it finally did come, it came with a vengeance!

You know the drill – an extra 5lbs in bloating, horrific cramps that kept me in bed for two days, really heavy flow, and the worst moods ever! After a year and half of this madness my doctor put me on the pill. I didn’t know it then, but the pill was only a temporary fix that masked what was actually a raging hormonal imbalance – while also creating a whole new set of symptoms.

So while I began to have lighter, easier periods (yay!), I found myself starting to battle chronic yeast and urinary tract infections. A whole bunch of other symptoms started cropping up too — stomach problems, joint pain, chronic colds and a constant feeling that I was not well.

I tried all the western medical resources, but the doctors I saw had no idea what was wrong with me. All of my tests came back “normal.” One doctor thought I had Rheumatoid Arthritis while another thought I had Crohn’s disease! I spent thousands of dollars on tests and procedures and got… nothing. No answers, and no relief.

This was my turning point ...

By then I was 23 and totally over my mystery ailments and the wanna-be diagnoses! A friend suggested I see her acupuncturist, and since I had nothing to lose, I went for it.

Of course, he totally rocked my world! During the first session, he gave me more answers than any doctor had given me in YEARS. I knew then and there that I was on the right path.

If I had a health coach to help me when I was 17, it would have changed the trajectory of my life. As it was, it took me a couple of years to get my health back on track on my own. During that time I discovered Whole Foods, I changed the way I ate, I got rid of my toxic cleaning and personal care products, I picked up yoga, and tried a bunch of different healing techniques.

I also got off the Pill -

one of the best decisions I've ever made

In the meantime, I had graduated from university and was working freelance on television commercials and live events. The Video Music Awards, commercials with huge celebrities – all “dream” jobs… or so I thought.

The entertainment industry is not kind to personal schedules so it became impossible to maintain good eating and self-care habits. After a couple of years it began to take a toll on my body, and I knew I had to shake things up.

It took some time to figure out exactly what I wanted to do, but eventually, I embraced my passion for women’s health. I took some courses on nutrition, trained to be a yoga instructor, and then made it my mission to move to New York City and enroll at the Institute for Integrative Nutrition.

By then I knew beyond a doubt that I needed to help women live healthier lives.

After IIN, I continued my hormonal health and nutrition training with Dr. Sara Gottfried, the Integrative Women’s Health Institute and the Kresser Institute.

In that time I created Fix Your Period, a series of programs to help my clients reclaim their hormone health.

Your hormones don’t have to ruin your life!

I passionately believe that everyone can (and should) be active participants in their health.

I’m dedicated to showing you how to take back control of your body – starting today.

Certified Nutrition Coach through the Institute for Integrative Health (IIN)

Certified Women’s Health Coach with a specialty in periods and hormones through the Integrative Women’s Health Institute founded by Dr. Jessica Drummond

In other words, I know my sh*t! Plus I really, truly love this work (and clearly don’t enjoy having any spare time).

We use cookies on our website to give you the most relevant experience by remembering your preferences and repeat visits. By clicking “Accept”, you consent to the use of ALL the cookies.
Cookie settingsACCEPT
Manage consent