How do you handle adversity? 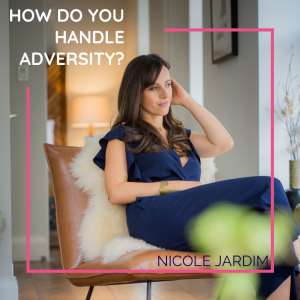 “Mercury is in retrograde. That has to be it babe!”

My boyfriend looked at me and rolled his eyes.

We were in the midst of the most frustrating situation ever and I was convinced that that damn Mercury had something to do with it.

It all began three weeks ago when H’s work visa renewal application was suddenly denied and he was given two days to leave the country. What?! After three and a half years of living and working here he was just denied with scarcely an explanation.

This wouldn’t have been so terrible but we’d just come back to Montenegro 3 days before from an absolutely insane trip to five different countries and three weddings. All we could think about was laying on the couch for a week and getting some grounding.

We decided to head to Italy so he could meet with a business partner and well, it’s Italy so we figured we’d try and make the best of a raw deal. We rented a car and headed up the Croatian coast (beautiful, highly recommend as a vacay by the way) and a couple hours into the drive our car started cutting out. Oy. Yup the engine pretty much died three different times, on a very busy highway. We finally got to Trieste and made our way to the Airbnb place we’d rented and learned that the car had some kind of faulty computer chip. At least that was an easy fix but luck was clearly not on our side that weekend.

Two days later we headed out to Trento where H was going to do business and I was gonna hole up in our hotel room to get massive amounts of work done. By Friday he was all finished and we drove to Venice for the day (see pic below). That was a true highlight as Venice is one of those surreal magical places that feels almost like a Universal Studios theme park. 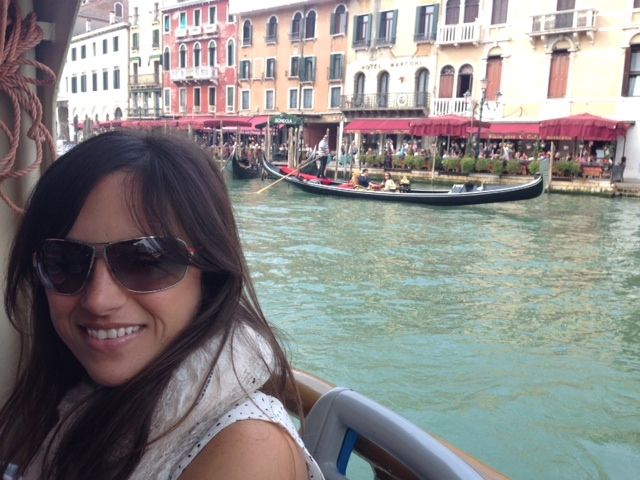 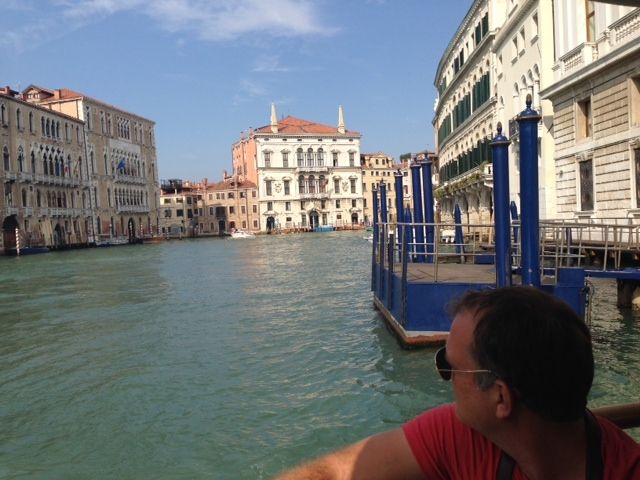 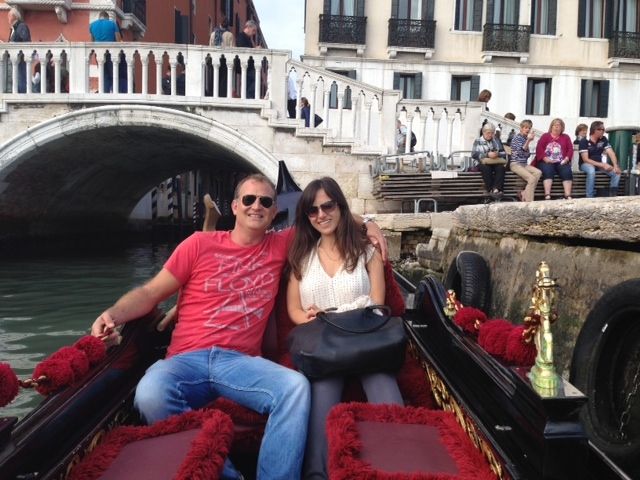 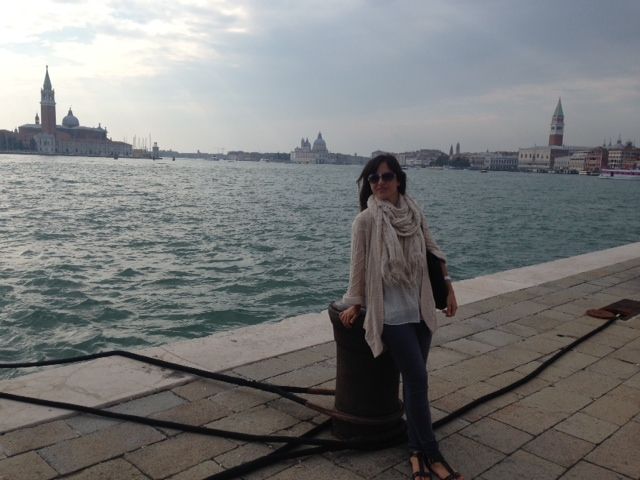 Then we drove a little south to Verona (home of Romeo and Juliet) to check it out for a few days. By then I was in a panic about my business and not being able to get enough done – a somewhat constant worry of mine, which was only heightened by all the traveling in September. I know every woman can relate to this, business owner or not. It creates such a feeling of overwhelm and anxiety in me that I feel like I might suffocate sometimes! I found it hard to have any fun with this huge weight sitting on me.

A couple days later, we drove south to Tuscany to spend one night there before heading down to Bari on the southeast coast to catch a ferry back to Montenegro. And that’s when the shit really hit the fan.

We pull into Bari and go to get the ferry tickets. At this point we’re planning to get H back into Montenegro on a provision in the law that states anyone can come in for up to 7 days without a visa if they are allowed into the EU, the UK or the US. Easy right? Well, not when Mercury is in Retrograde apparently!

We got our tickets and to my awe and delight, I saw a sign for an Eataly restaurant. Eataly is like a warehouse of the most delicious Italian food in existence. And this one just happened to be in a random port town in the south of Italy.

The ferry guy warned us that they steal everything here so we parked the car just outside the restaurant where there were a lot of people milling about. Unfortunately H left his satchel in which he had his laptop and iPad in the car and we came back to a broken window and a stolen satchel. You know when your intution is telling you to do something, practically screaming it at you and you don’t listen? Yeah that was me – knew he should have taken his bag but didn’t make him do it.

Defeated, we headed over to the ferry terminal to board the ferry. We were sure the night couldn’t get any worse. Then everyone begins poring over H’s passport because they are convinced he needs a visa. We explained everything and showed them proof of their own laws backing up our claim. And no dice. In the end, he had to get off the ferry and I had to travel back to Montenegro alone because we had to return the cursed rental car!

It’s now been just over a week since all that drama went down and H is still stuck in Italy because every visa avenue they’ve explored has come up short. And I’m here alone packing up our apartment so we can leave – we were going to be leaving Montenegro permanently at the end of October anyways – but this has seriously thrown a wrench in our well-laid plans.

The hits keep coming in waves too – his phone wasn’t working properly, then the internet suddenly stopped working at the place he was staying in Italy so he had to find new accommodation, blah blah blah – and it feels like it’s never going to end. 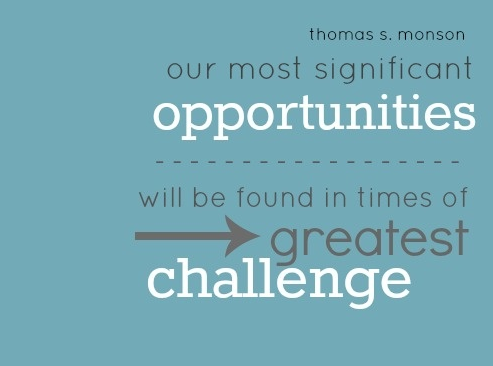 I recognize that problems will present themselves to us throughout our existence. I’m definitely no stranger to adversity but I’ve had to dig real deeeep to find some sense of calm and surrender in this insane process. I’m also trying to find the lessons and the silver linings. I’m not gonna lie though, it’s been a massive test in every way. My friend Malissa said my life is like a Liam Neeson movie. LOL I’m inclined to agree.

P.S. In case you’re wondering, H is not stuck in Italy forever! We’re just in a holding pattern right now while the apartment gets packed up and he decides whether to go meet with his investors. And of course I decided to spay and neuter the cats in the neighborhood who have adopted us and their stitches can’t come out for another couple of days. My good deed for the week. 🙂

Right now here’s what I am doing to get through:

1. I’ve accepted that adversity is inevitable. I’ve always liked the line “Pain is inevitable, suffering is optional.” However, I’m human which means I’m not necessarily handling any of this in the most stellar way. I’ve had my share of meltdowns and freakouts but I keep reminding myself that this will pass.

2. Perspective. A good friend and I chatted a couple days ago and she told me about a friend who had lost her boyfriend of 9 years to cancer last week. Three days before he died she discovered that for years he’d been having affairs with women he found on craigslist. Such an unbelievably heartbreaking story and suddenly, perspective. While our little immigration drama is quite miserable, we’re both still alive and here for each other.

3. Talking to all my friends! A lot! I simply do not know what I would do without the women in my life. Sisterhood and a support system is the key to getting you through when the going gets tough.

4. Taking care of myself. Luckily Montenegro is a super cheap country to be stuck in. One-hour massages cost 15euros and the infra-red sauna is only 8euros a pop! Movie tickets are 3.50 and gelato is 80 cents! Haha. Life ain’t that bad!

I’d love to hear what you do when caught in an untenable situation. How do you handle it and most importantly what does it cultivate in you?

0 thoughts on “How do you handle adversity?”