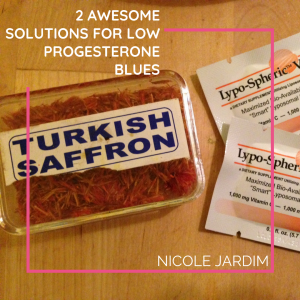 I experiment on myself a lot. In fact, I’ve been experimenting since I was in my late teens. Not only do my friends come to me for advice on food, hormones and their periods, but they also get to hear all about the different (sometimes out there!) healing modalities I’ve tried. Most of them are amused by my misadventures in health and some of them probably think I’m a little nuts too!

Fast forward to today and I’m still bio-hacking (this is a term I learned from my mentor Dr. Sara Gottfried) which basically means trying new foods/supplements to see what works and what doesn’t to create awesome health. The last two months I’ve been doing two things and I CANNOT believe the results.

Many of you struggle with painful periods and PMS symptoms like depression and anxiety. There are also a bunch of you who are dealing with a short luteal phase – this occurs when your the second half of your cycle between ovulation and your period is less than 10 days long. Ideally it should be closer to 14 days long. In almost every case I see (including myself) all of these issues stem from low progesterone.

Earlier this year I tested my hormones and my progesterone was on the lower side. I’ve tried quite a few things and nothing was working as well as I’d hoped. Well, that all changed a couple months ago and I can’t wait to tell you about it!

If you think you might be suffering from low progesterone but aren’t sure you can take this at home Progesterone Test to confirm if your levels are off (use code Hormones20 at checkout to get 20% off the test).

1. Use Saffron to boost your Progesterone levels

Yes that bright-colored spice you put in paella dishes. I bet you’re probably rolling your eyes already but bear with me. It has been used medicinally for thousands of years so don’t be too quick to dismiss it! I learned about saffron’s superpowers awhile back but was skeptical (just like you!) even though studies prove saffron’s effectiveness in treating PMS, painful periods and depression. In fact, saffron has been shown to be as effective as Prozac for treating depression and PMS! Hello! Without the side effects too.

A couple of months ago, I was in Turkey and saw it in a spice market and figured I’d give it a shot. No better place to buy it than a Turkish market right? The minimum effective dose of saffron is about 15mg a day – we’re literally talking a tiny sprinkle. So I started with just a sprinkle on lunch and dinner and continued for about 45 days. Then I kind of fell off the saffron wagon but in that time I got my period and wow! Absolutely no emotional PMS symptoms – I felt completely normal until the moment I got my period. AND majorly reduced pain, by about a third. Let’s do a dance! Expect to see results in 1-2 cycles. If you don’t see improvement then this is just not the treatment for you and that’s totally okay. Onwards and upwards to the next experiment. 🙂

Interestingly, saffron has been used as an aphrodisiac and to treat premature ejaculation in men but the evidence isn’t sufficient enough to conclude that it works. However, if you are wanting to try something like this out on your man, I’d love to hear about your anecdotal results.

Please note: According to one study, saffron can also raise estrogen levels while helping to raise progesterone. Basically it lowers cortisol which helps raise progesterone but simultaneously raises estrogen. If you tend towards higher estrogen, then this might not be the solution for you. 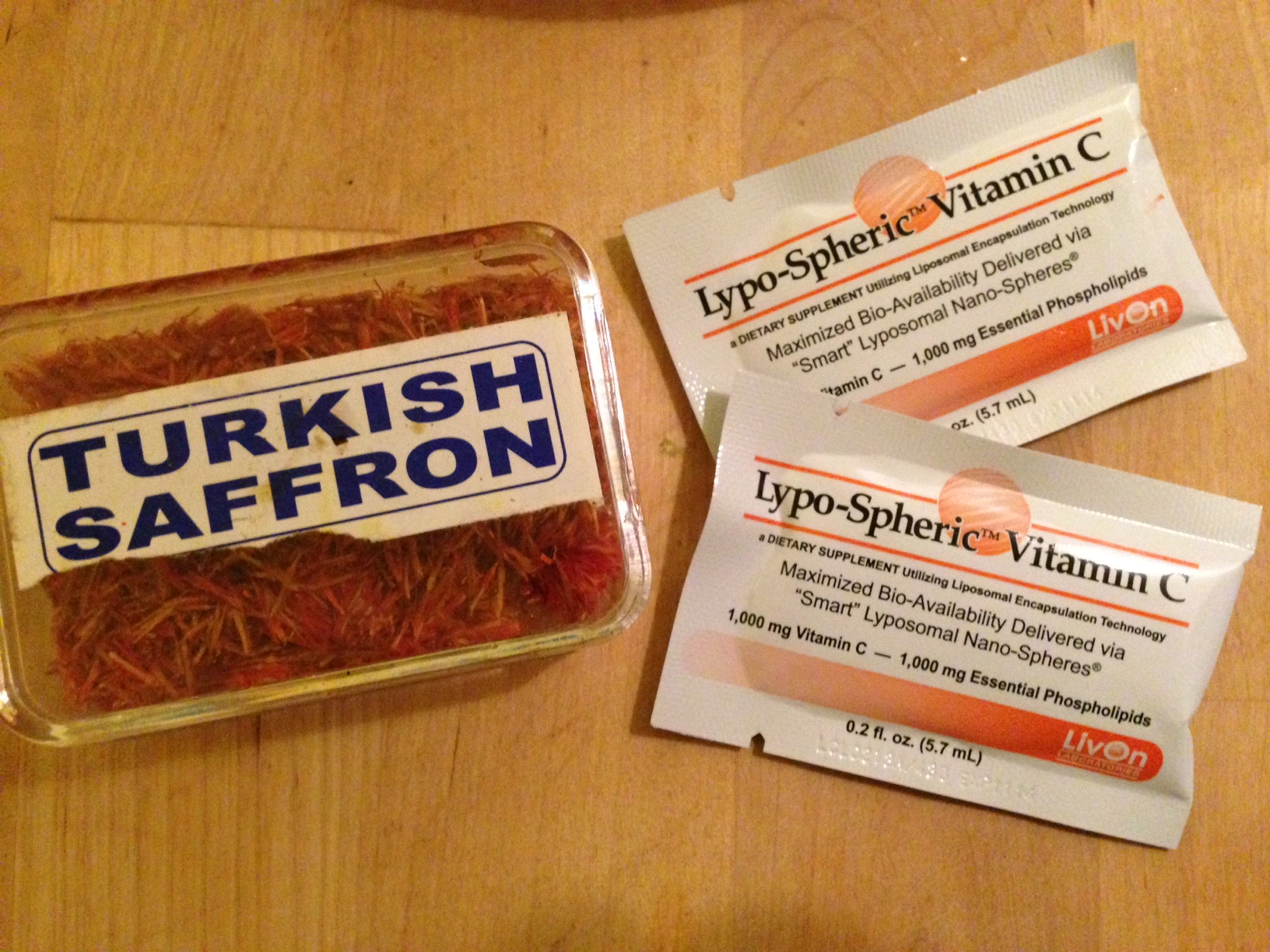 Did you know that vitamin C is the only vitamin on the planet that can actually raise progesterone levels? Yup, it’s pretty badass. But not just any old vitamin C, that’s so not how I roll. I’ll get to that in a sec though. It’s also got a ton of other incredible purposes like it’s Super Shero antioxidant powers which help your body fight any kind of germy invaders. Naturally I was focused on the progesterone part but I’d be happy to not get sick during winter too! Unfortunately, the RDA for vitamin C in the US (and I think it’s similar everywhere) is a measly 75mg a day. I’m going to tell you right now – that’s useless. You want to be getting at least 1000mg a day of the best stuff out there. I use Livon Labs Lypo-Spheric Vitamin C  which tastes like crap but works sooo well! What makes it awesome is it’s gel-like liposomal delivery system, basically it gets where it needs to go and doesn’t get stuck in stomach traffic. Don’t worry about overdosing, vitamin C is water soluble and will be flushed out if you’ve taken too much.

I’ll tell you another little secret – for the better part of the summer and fall I was spotting before my period. Shhh, don’t tell anyone! LOL Me, the woman who’s supposed to be fixing periods was in need of some period fixing. I realized these things were happening so I could fix them and share. Win/win situation right? Well, the spotting on that first period was somewhat improved but what’s even more interesting is that I am about 5 days away from my next period and there is not even a sign of spotting, cramping, the rage-monster or any other undesirables. Just from a little saffron and vitamin C. Who said you have to struggle to fix your period? It’s so much easier than we think it’s going to be most of the time. We just have to be open to new ways of thinking and willing to try a different approach.

I’ll be re-testing my hormones at the beginning of next year and keep you posted on my progesterone levels. If you’re testing your progesterone levels you want them to be 15-25ng/ml in the middle of your luteal phase or on day 21 of your cycle.