The Teeth Tell the Tale 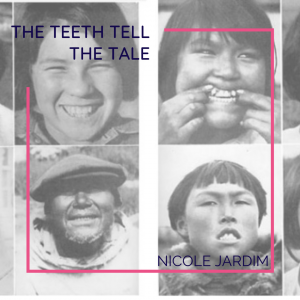 Before class this past weekend I’d never heard of Sally Fallon-Morell or the Weston A. Price Foundation, but I’m sure glad I know about them now! I’ll give you the short version of the story; otherwise this post will be ridiculously long.

It all began when a dentist named Weston A. Price began an experiment in the early 1930’s. For over ten years, he traveled to isolated parts of the globe to study the health of populations untouched by western civilization. His goal was to discover the factors responsible for good dental health. His studies revealed that progressive dental decay and deformed dental arches resulting in crowded, crooked teeth are the result of nutritional deficiencies, not inherited genetic defects. Whoa, who knew?

When Dr. Price analyzed the foods used by isolated peoples he found that, in comparison to the American diet of his day, they provided at least FOUR times the water-soluble vitamins, calcium and other minerals, and at least TEN times the fat-soluble vitamins, from animal foods such as butter, fish eggs, shellfish, organ meats, eggs and animal fats—the very cholesterol-rich foods now shunned by the American public as unhealthful.

These healthy traditional peoples knew instinctively what scientists of Dr. Price’s day had recently discovered—that these fat-soluble vitamins, vitamins A and D, were vital to health because they acted as catalysts to mineral absorption and protein utilization. Without them, we cannot absorb minerals, no matter how abundant they may be in our food. Many tribes also required a period of special feeding before conception, in which nutrient-dense animal foods were given to young men and women. Price discovered them to be particularly rich in minerals and in the fat-soluble activators found only in animal fats.

What is most striking is the fact that these traditional diets varied greatly by geographic location:

So, what were the underlying characteristics of these healthy diets you ask? Here are a few:

– They had no refined or denatured foods in their diets.

– All of their diets contained animal foods….I know, I know, vegans watch out! 🙂

– They ate nutrient-dense foods, like way more than most of us can imagine in our diets today!

– They cooked most of their food but ate some animal foods raw – perfect example, raw milk.

– Nearly equal amounts of Omega 6 and Omega 3 fatty acids – see my post on this below.

Of course right after Sally Fallon spoke we got to hear from Dr. Neal Barnard, a leading vegan advocate (talk about stark contrast)…Needless to say, our heads were spinning by the end of the weekend!!