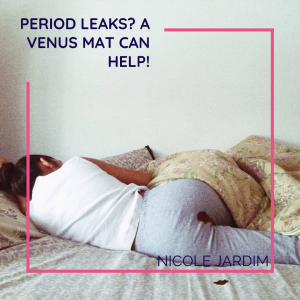 A while back you may have seen that a Canadian poet named Rupi Kaur posted the image below on her Instagram (it was part of a photo series she is working on). Naturally, I received a number of emails from people about it because Rupi’s goal was to bring awareness to the “realness” of a woman’s period. Hey, we’ve got something in common! 😉 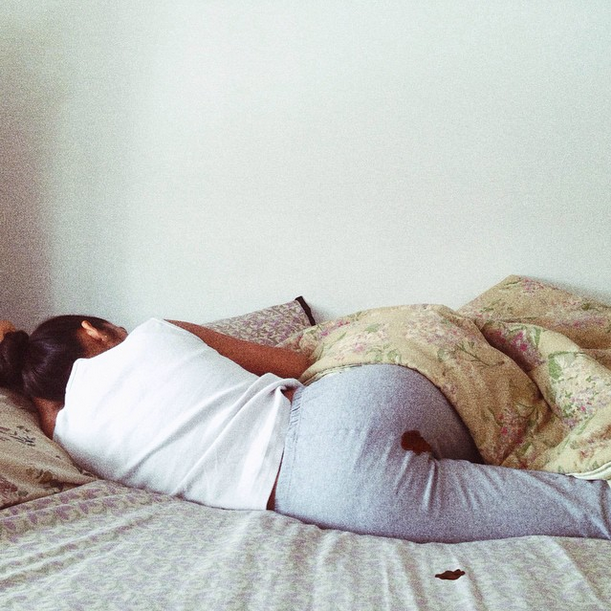 Well, the peeps at Instagram didn’t appreciate that “realness” so much and they took her photo down, not once, but twice, stating that it violated their community guidelines.

Uh yeah, that’s bullsh*t if you ask me, especially when you consider the fact that people get away with a lot more on Instagram – we’ve all seen those half-naked celebrity pics.

Rupi thought so too and her response to the Instagram injustice was perfect:

“thank you @instagram for providing me with the exact response my work was created to critique. you deleted a photo of a woman who is fully covered and menstruating stating that it goes against community guidelines when your guidelines outline that it is nothing but acceptable.

i will not apologize for not feeding the ego and pride of misogynist society that will have my body in an underwear but not be okay with a small leak. when your pages are filled with countless photos/accounts where women (so many who are underage) are objectified. pornified. and treated less than human. thank you.”

i bleed each month to help make humankind a possibility. my womb is home to the divine. a source of life for our species. whether i choose to create or not. but very few times it is seen that way. in older civilizations this blood was considered holy. in some it still is. but a majority of people. societies. and communities shun this natural process. some are more comfortable with the pornification of women. the sexualization of women. the violence and degradation of women than this.

they cannot be bothered to express their disgust about all that. but will be angered and bothered by this. we menstruate and they see it as dirty. attention seeking. sick. a burden. as if this process is less natural than breathing. as if it is not a bridge between this universe and the last. as if this process is not love. labour. life. selfless and strikingly beautiful.

And then of course it all went viral! The outpouring of online support for Rupi’s artistic attempt to “demystify and destigmatize the female body” has been nothing short of phenomenal! Within days she sparked an online revolution that helped to spread her message.

Here are some more images from Rupi’s photo series entitled “Period”. You can see them all by going to her site here. 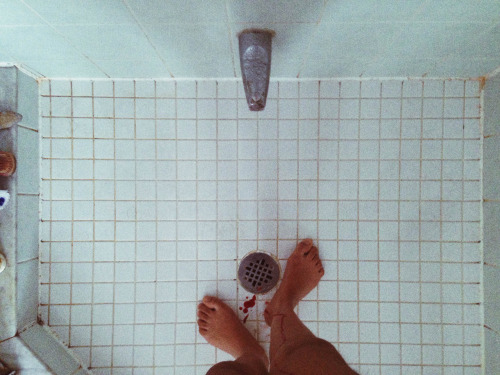 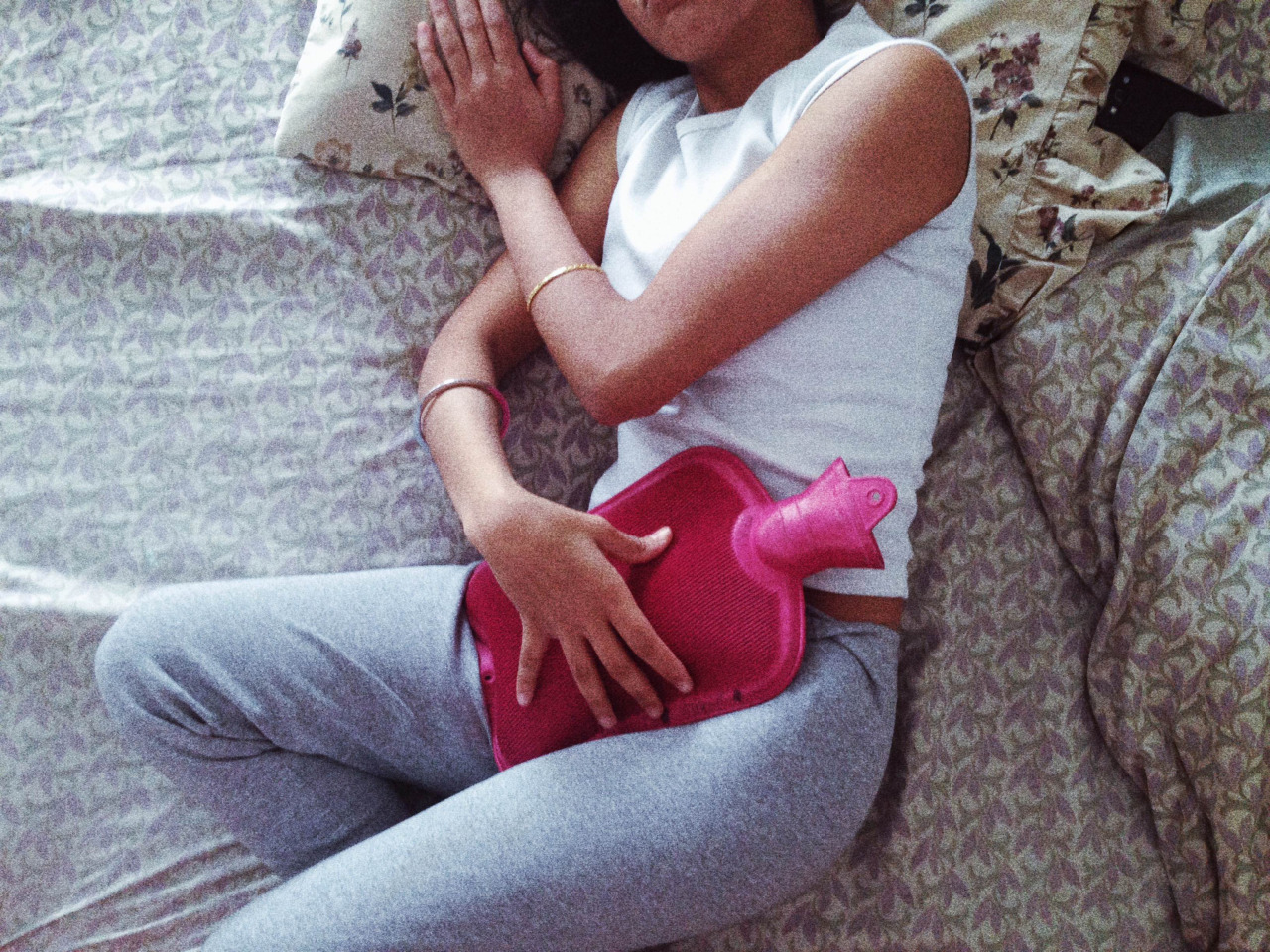 This whole event has encouraged an important conversation among tens of thousands of people – period-shaming is rampant in our society and we need to begin challenging the way we think about women and menstruation.

We are plagued by a deep insecurity in not only how our bodies look but how they function and it’s time to put an end to this vicious cycle.

Why do we always hide our pads and tampons when going to the bathroom?

Why are we ashamed to tell people that we have period pain?

Anything that reduces the taboo around this topic is a good thing. I mean, when you think about it, the “blue liquid” pad commercials aren’t exactly a distant memory!

In my opinion, we need to begin celebrating women AND their periods and STOP shaming them once and for all.

But just because it’s natural, normal and should be celebrated, doesn’t mean bloody sheets is awesome all the time!  Which leads me to the main point of this post, Venus Mats…

The Venus Mat – Period Protection For Your Sheets and Mattress!

While the Rupi drama was going down I was chatting with my friend Jules Cazedessus about how we could partner up to help get her latest creation, the Venus Mat into the hands of girls and women everywhere.

Venus mats are decorative, waterproof and washable mats to prevent stains or wet spots in bed. So brilliant and so aligned.

In fact, Jules even created this image which we thought was awesome! 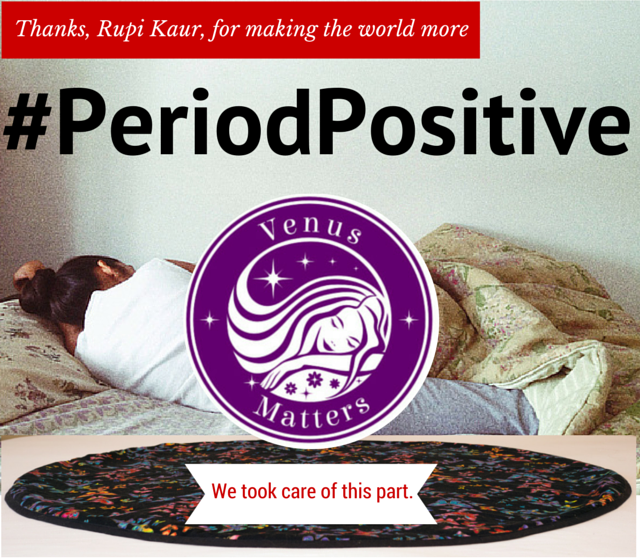 I don’t know about you, but there have been a bazillion times I’ve worried that my period will ruin my sheets, or worse, someone else’s.

The Venus Mat is for more than just periods

While Venus Mats are perfect for a heavy flow, they’re also for new moms who might be still bleeding, teenage girls who are still getting accustomed to their periods, anyone who wants to have sex but doesn’t want to get the sheets dirty, or women with irregular or unpredictable cycles.

The Venus Mat is your solution. No more lame old towels or messed up sheets!

Check out their line of beautifully designed mats here.

P.S. Did you see Rupi’s post on Instagram or read about her story? Did you find her pictures uncomfortable maybe even gross or did you find them to be empowering? I’d love to hear your thoughts.

0 thoughts on “Period leaks? A Venus Mat can help!”

PrevPreviousHow long should your period be? 1, 2, 3, 4 or 5 days?
NextDoes your period start then stop and then start again?Next