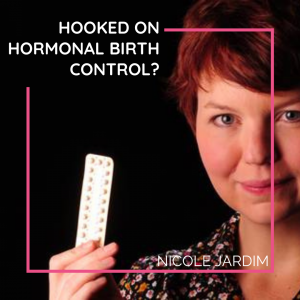 Below is an interview with the outspoken and courageous Holly Grigg-Spall. She is the author of “Sweetening the Pill or How We Got Hooked on Hormonal Birth Control,” which will be released on September 7th in the US and September 27th in the UK. As Holly says below, “there is no informed choice without full knowledge.”  If you are considering the pill, or currently on it, I urge you to read this interview and get your hands on Holly’s book in September.

I’m a women’s health writer and activist, amongst other things. I have written a book ‘Sweetening the Pill or How We Got Hooked on Hormonal Birth Control’ that will be released Sept 7 by Zero Books.

2. What initially sparked your interest in the effects of hormonal birth control and what has led you to where you are today?

I took the birth control pill for ten years. I tried several different brands. Due on side effects with one brand I was switched to Yasmin, then the hot new pill on the market, and this brand had some particularly difficult adverse effects. I took it for over two years and during this time my mental and emotional health was negatively changed and I developed myriad minor illnesses and health issues. I felt so physically unwell and so very much not myself that I started research into Yasmin. This research led me to investigate more widely into all birth control pills and then all hormonal birth control. I pitched a feature to Easy Living magazine – What you should know about the pill – and conducted interviews. I decided to try another birth control pill. Then I came off for a few weeks, for the first time in ten years, and I felt very much better, changed. I was still too scared to stop taking the pill forever and so I went back on for six months. It was after I read ‘The Pill: Are you Sure It’s For You?’ that I decided to stop for good. I started blogging as I was making this decision. Coming off the pill was life-changing.

3. Do you have a message for girls and women who are not currently on the pill but considering going on it?

There is immense social pressure to take the pill (or other hormonal birth control) and many, many myths and misinformation perpetuated by the main sources of information. Read up about how the pill works, and consider not only side effects of the drug but also the benefits of ovulatory cycles. There is no informed choice without full knowledge. Check out some of the books I suggest on my site, or read mine! There are effective alternatives. The dichotomy of it’s hormonal birth control or pregnancy, promoted by so many, is entirely false.

4. Why should women who are already on the pill listen to what you have to say?

I took the pill for ten years and I struggled to come off it, truly struggled. I felt like I had Stockholm Syndrome. I felt like an addict. I thought I couldn’t and wouldn’t stop taking the pill. I didn’t think I had a choice. I’m not coming from a place of never having used the pill, I’m not coming from a place where I want to have children soon and the stakes aren’t as high for me, or from a religious place. I do not judge anyone who is using the pill. My main motivation has always been to provide validation for those who have experienced what I have experienced, to let them know that it is not them, it is the drug they are taking. It took me too long to figure this out. If, when reading my book, women feel angry, defensive, shocked, I get it. I went through that too. The mythology of the pill is so strong and the dominance of hormonal birth control so effective, it’s not easy finding the space to think critically about this issue.

5. Does the pill really affect a woman’s body in an adverse way?

Yes it does. In suppressing ovulation and flattening the monthly hormone cycle there are knock-on effects to the endocrine, immune, and metabolic system. The pill is a powerful drug with a whole body impact.

6. Do other hormonal birth control options such as the Mirena IUD and the Nuvaring have the same negative effects on a woman’s body?

The Mirena and Nuvaring have been shown to have negative effects on physical and mental health for women. Although it is claimed often that the Mirena does not have a systematic impact, there is research and anecdotal evidence to suggest otherwise. Many of the “new” hormonal methods are just the pill packaged in a different way. If the aim is to suppress ovulation the impact will be similar. Low-dose, progesterone only – it’s all synthetic hormones that have the purpose of disrupting your endocrine system and suppressing the cycle.

7. What do you use and recommend for non-hormonal birth control?

I use condoms (Beyond Seven from Japan) and naturally-derived spermicide (Contragel), along with the Fertility Awareness Method which is the practice of charting two or three of the signs of fertility to discern your fertile window in your cycle, and discern when you are not fertile. It is highly effective and helpful in many ways outside of preventing pregnancy.

8. Tell us about your book “Sweetening the Pill or How We Got Hooked on Hormonal Birth Control” and what we can expect to learn?

My book is part personal journey, part social criticism, part investigative journalism. Who am I when I’m not on the pill? That’s the question I begin with, and I expand out from there. I hope you will learn how and why we got to the point that 80% of women, the majority “healthy,” have taken a powerful drug every day. Why we treat women’s bodies as though they are sick, faulty, and lacking. I hope it will make us question our dependence on hormonal birth control for pregnancy prevention and beyond.

If you need help coming off hormonal birth control, I’ve created the ultimate step by step protocol to help you come off the pill and take back control of your hormones, your body and your life.  Check out my Birth Control Protocol here, you won’t regret it! 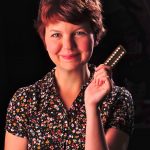 Holly Grigg-Spall is a women’s health writer and activist. Her work has appeared in the Independent and Times newspapers in the UK, and the Washington Post. She has contributed to the Ms. Magazine blog, re:Cycling, the F Bomb, Bedside Manners, and Bitch magazine. Her book is currently the basis of a documentary in development.